Luen Thai Holdings (311.HK) is a long-established manufacturer of ready-to-wear and apparel accessories in Hong Kong. It was founded in 1983 by former major shareholder Mr. Chen Shouren. It was listed in Hong Kong in 2004 and finally sold to Shanghai at a price of 1.8 yuan per share in 2016. Textile Group.

After the completion of the sale, due to the public shareholding of less than 25% and has been suspended until January of this year, only through the Shanghai Textile Placing reduction of 40 million shares and the original major shareholder Mr. Chen Shouren held 16.82% of the shares scattered to the friendly holding, thus Resumption of trading after reaching a public shareholding of more than 25%.

The company’s first full-year results after the completion of the sale (ie 2017) are really good and high interest rates are distributed. 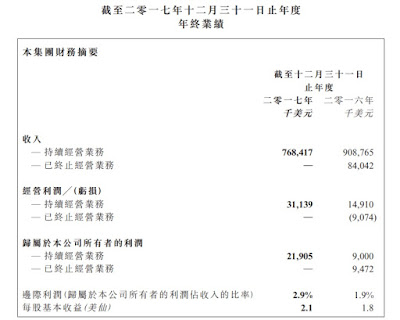 The 2017 annual results of earnings per share of 0.165 Hong Kong dollars, the annual dividend of about 0.1 yuan, dividend payout ratio of up to 60%.

In the first half of 2018, the results were not bad, but the dividend payout ratio fell to 30%. I wonder if it is necessary to retain funds for the acquisition? 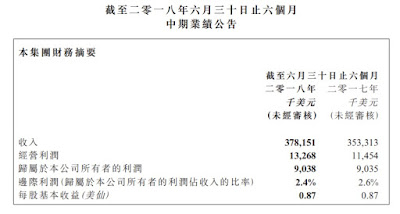 The company subsequently announced a sale and an acquisition transaction last month, and the two transactions I think are all good, let’s talk about it later.

In addition, it will also briefly talk about the company’s concerns.